Why I want to shoot down public speaker’s bullet points

Was there life before bullet points?

How long have bullet points been around? Feel like forever? Actually I’d say they came into regular and common usage in the last 20 years or so. Bullets were invented as a way to make notes, as a quick way for someone to note the progress of their thoughts.

What use are they to a public speaker?

They can be very useful to the speaker or writer as they are a short-cut, a shorthand to remind them about their train of thought. (We think faster than we can write.) The way they are laid out on the page also ensures that they can be quick to read. The narrative or through line is implicit, for the speaker, because they are representing a complexity of thought reduced to a shorthand.

What about from the audience’s point of view?

The easiest way to help an audience understand and follow what you tell them is to weave your information into a story, or usually more accurately, a narrative. We don’t tell stories as bullets, do we?

Children (and adults) tend to prefer:    Once upon a time there was a little girl named Goldilocks. One day she went for a walk in the forest. Pretty soon, she came upon a house. She knocked on the door and, when no one answered, she walked in….. 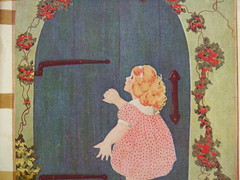 A Bullet Point is Not a Sentence

“Too many times a presenter puts an entire sentence as a bullet point. This defeats the entire purpose of the bullet point, which is to convey the key point only.”  Says Dave Paradi at  www.thinkoutsidetheslide.com

What is a ‘key point’ without a context?  Why do audience members want to be spoken to in sentences?  Because the bullet on its own doesn’t mean anything to the audience, it’s an aid memoir to the presenter.   How easy is it to listen, I mean really listen and take in the information, when it’s delivered by the presenter as bullet points?

Being an aid memoir for the speaker is NOT a good enough reason to employ them, on a screen, in front of an audience.

Would you put your notes or mind map up on a screen and show them to your audience?  So why put your shorthand/bullets up there?

As Edward Tufte puts it “By leaving out the narrative between the points, the bullet outline ignores and conceals the causal assumptions and analytic struture of the reasoning.”

People talk about bullets on slides as ‘visual aids’.    But I firmly believe that written bullet points on a slide are not visual, they are just bigger writing.

They don’t connect with the parts of the brain that light up and crackle at a visual image.  They don’t harness our expertise at recognising shapes and sizes and colours and relative dimensions.  They are often dumbed-down thoughts, expressed in often rather meaningless jargon.

I am NOT saying don’t use visuals.  Just make sure they are visual.