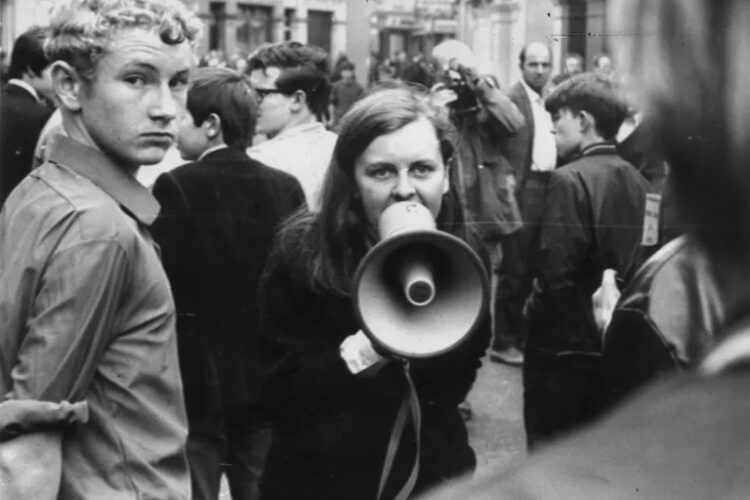 Just before the Scottish Independence referendum in 2016, I went to a book launch with my partner and a friend.

The book: ‘Yes, the Radical case for Scottish Independence’ by James Foley and Pete Ramand sounded interesting as, like many of us in Scotland, we were keen to hear all angles of this debate. It also had some excellent reviews. One of the main draws, I have to say, was that it was to be introduced by Bernadette Devlin McAliskey, whom I remember well as the young, Northern Irish, firebrand Republican MP.

Bernadette spoke simply, she used examples, she was warm, humane and made complete sense.  She spoke fluently and without any bluster.  She is the kind of speaker whom you feel if there was no-one else but the two of you in the room, she would sound just the same.  She also used fewer than her 15 allotted minutes.

I wish I could say the same of the two young authors.  Rambling, too fast, incoherent.. I have no clear memory of what either of them said.  I do remember they both went way over time, which curtailed the slot for Bernadette to answer questions, as it was explained from the start that she had to leave before the end to get the last plane home.

Delivering a speech vs writing a book

You may write a brilliant book.  If you want to talk about it, then you have to think about different ways to get your arguments over, because speaking and listening are entirely different processes to writing and reading.

So, content aside, let’s think about making a speech.

By far the most important question to ask yourself before you decide what you are going to say is ‘Who is this speech for?’

There is a big difference between that and: ‘What do I want to say’?

Speeches should never be viewed as the opportunity for the speaker to show off their expert knowledge at the expense of the listener.

Structure what you say, clearly taking into account the difference between a written tract and a public speech.

People want to hear human beings talking to them, not someone reading from the equivalent of an academic treatise on dialectical materialism.  I don’t think there is much of a place nowadays for convoluted, jargon-filled, arguments delivered at high speed, however passionately.

If a speaker wants to deliver an argument of some complexity then we need guidance about where they are taking us; for them to explain how their argument is going to unfold and for links and summaries to help us follow the case.

I’m not talking about dumbing down; I’m talking about taking into account how people listen.  We really don’t want to have to constantly struggle to try and follow the argument.  So this rule can also be summed up as: ‘Make it easy for your audience to hear and understand you’.  Otherwise they will switch off…or even doze off.

3. Stick to the time limit

(Rspecially if your guest speaker has to leave early)

At last night’s launch, both men had reams and reams of notes.  They both seemed surprised to get time warnings, which they both then ignored.  15 minutes is a pretty easy slot to time.  They clearly hadn’t rehearsed their speeches.

This felt like a wasted opportunity for us all to explore some important questions.  Not because the speakers had nothing to say, but because they hadn’t thought about their audience and how to deliver their message in a way that was accessible.

(We escaped when Bernadette McAliskey did.)