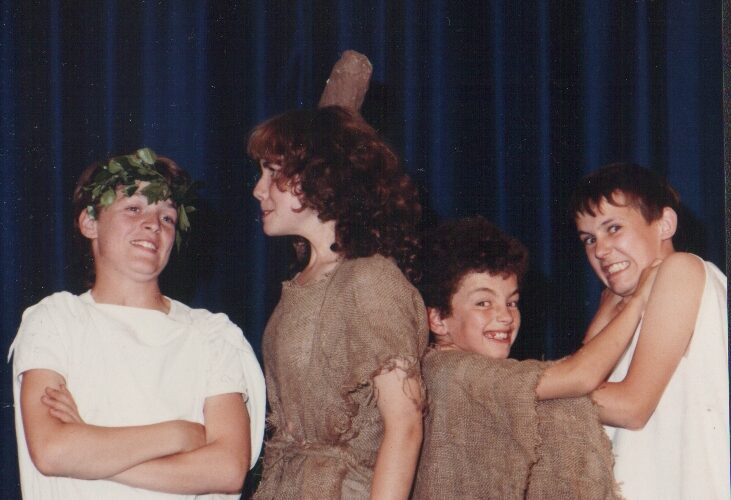 When we were running training in the room with people, I ran a presentations skills course with a group of pretty tough salespeople – the kind who view ‘soft skills’ with a certain degree of scepticism.   Yet within this group were two people who already had a head start on most presenters.

One person had a voice which was rich in resonance and had terrific variety and colour.  Another felt completely comfortable relating to an audience.  When I chatted to these individuals in the breaks I discovered the one with the rich and varied voice had been a choirboy. He had sung for years in his church.  The older man, nearly 60 he told me, who enjoyed relating to his audience, had spent 7 years of his youth in a rock band in Germany.

Children and young people usually have far less fear of presenting and performing in front of audiences than their elders do.

So if you want to help your children or young friends or relatives to have a head start, encourage them to perform.  Be this singing in choirs, acting in school or community plays or playing an instrument in a band or orchestra.

They then associate performance with something they really enjoy doing.  Should the type of performance changes, say to something more related to a business environment, they nonetheless still retain their relationship to their skills and/or their feelings of comfort and confidence in the performance role.

I have found this to be the case time and time again.  Start early, when most kids enjoy ‘showing off’/performing and you have a built-in advantage later in life.

Photo: Queen Beryl and the Romans by muteboy